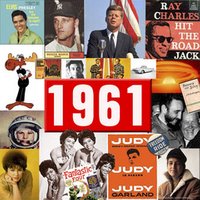 The first show staged was "Sailor Beware" in 1961. Rehearsals took place at the homes of the founder members and the scenery was constructed using floor boards purchased from the demolition huts at the barracks on Royal Engineers Road.

When it came to the performance, the venue was somewhat unusual in that it took place in the Maidstone Goal. The prisoners erected the set whilst the cast were entertained to a meal. When it came to the start of the play, being the days of miniskirts a noisy reaction came from some of the audience who had not been outside for a while. The prison officers ejected anyone making such exclamations which rather reduced the size of the audience.

By the time it came to put on the next show, the Municipal Theatre, now the Hazlitt became the usual venue. A home for rehearsals and scenery preparation had been established in a building at the back of the White Horse pub on Bearsted Green. Later a home was needed for costumes and these were stored in chicken huts situated in an orchard where Grove Green Tesco is now. Those premises eventually had to be abandoned when mice moved in. 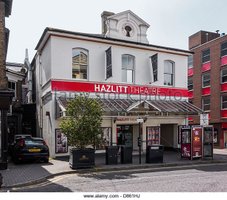 Around this time, a Hall was being built on the estate at Madginford and the Group was one of the first to move in and adopt it at their rehearsal venue and we have been there ever since. Meanwhile, the scenery and costume store has not been nearly so settled. A highly convenient home was found in Market Street which is now part of the Fremlins Walk. Not only was it centrally situated but it was almost on the doorstep of the Hazlitt Theatre. On the day a show moved in or out of the theatre, a steady stream of ants cold be seen carrying huge chunks of scenery and furniture through the streets between the two locations. With the impending development in the area, an alternative home needed to be found and this necessitated the use of a lorry to transport everything and required a team at each end to load and unload the set. When our tenure at that location came to an end,. It was replaced by a similarly remote location with the same problems. 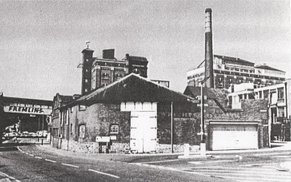 In  2005, we embarked upon the adventure of touring one of our productions around village halls. This necessitated a rethink on how scenery was constructed as it had to be small enough, light enough and adaptable to fit various size stages and needed to be erected and completed within one hour rather than the day or two available at the theatre. The resultant design was so successful that our first attempt, the set was erected in just six minutes and was fully furnished within half an hour. Unfortunately, it took nearly an hour and a half to erect and wire up all the lighting, the final parts still being completed as the audience arrived. We learnt from that and subsequently have achieved it within the allocated time.

Also  in 2005, as one of the initial users, we were one of the groups invited to take part in celebrating the 50th anniversary of the opening of the Hazlitt theatre in Maidstone.

Although the Group started by performing plays, within six years a variety show was staged in the form of a Good Old Days. This was successful enough for the group to stage a further twenty five before moving to a full musical with their production of "Blitz!" followed immediately by "Cabaret". This show featured two performances on Friday with a late night show at 10:15pm. It was quite a feat getting the first house audience out of the theatre and the new one in within fifteen minutes! The cast were so warmed up having just done one show that the second one fairly whizzed along.

The pattern of shows soon settled downs to be one serious play, one comedy, one musical, plus other single night of plays or music and has generally remained so giving members a wide choice of things the can get involved in.